TORONTO, April 1, 2021 /CNW/ – As part of its global mission to reduce food waste, Hellmann’s commissioned one of the largest and longest behavioural change studies on household food waste to-date to understand the interventions needed to effectively reduce food waste in the home. This Canadian study, conducted in partnership with Toronto-based behavioural science experts BEworks, featured over 1,000 Canadian families and revealed that by simply using a few easy-to-remember tools and methods, such as a ‘Use-Up Day’ and flexible recipes, participants changed their way of thinking about their left-behind food and reduced their reported food waste by an average of 33 per cent.

Globally, one-third of food produced for human consumption is lost or wasted3 and 900 million tonnes of food is thrown away every year, with 60 per cent of food waste occurring in the home4. Canada is one of the worst offenders with almost two-thirds of the food thrown away still being edible, costing Canadian households 1,100 dollars every year5. If all households with children across Canada adopted the approach from this study, the amount of food waste saved would be an estimated 250 million kg2 per year.

How the Study Worked:Over a five-week period, Canadian participants were asked to commit to one ‘Use-Up Day’ per week, where they would create a meal with soon-to-expire ingredients that might otherwise have been thrown away. In addition, they were asked to use a ‘3+1 Approach’ generated by Hellmann’s for the study – a simple and easy mental shortcut for how to make a meal with what they could easily grab and use from their fridges and around their kitchen, combining a base, vegetable or fruit, optional protein and a ‘magic touch’ such as spices or sauce to bring the dish together and give it flavour. In addition, participants were provided with ‘flexipes’, flexible recipes with inspiration and ideas for using up commonly wasted ingredients following the 3+1 approach.

“This study took participants on a journey from a mindset of ‘what do I want to cook and what ingredients do I need’ and supported them to reframe that as ‘what food do I already have and what can I make with it’, said Christina Bauer-Plank, Global Brand Vice President, Hellmann’s.

“Reducing household food waste does not require complex physical interventions like specially organised fridges or the adoption of new, time-consuming habits. Instead, we designed solutions based on the fundamentals of the human experience and the science of behaviour change– which are what made this project so successful” said Kelly Peters, CEO and Co-Founder, BEworks.

“At Hellmann’s we believe food is too precious to be wasted. As a brand that lives in the kitchens of millions of Canadians, we believe we have the power to make a difference and have made it our responsibility and mission to provide practical, effective solutions to help Canadians reduce the amount of edible food they throw away in their homes. We are proud that this Canadian pilot study has shown how we can do just that and look forward to rolling out this proven approach to all Canadians later this year,” said Kristen Denega, Senior Brand Manager on Condiments, Unilever Canada.

Following the initial success of the study, Hellmann’s aims to build the program into a digital experience to be launched nationally across Canada. The ambition is for the program to then rollout globally, aiming to inspire and enable 100 million people every year through 2025 to be more resourceful with their food at home, so they waste less.

The Hellmann’s “Make Taste, Not Waste” program supports Unilever’s Future Foods ambition, which launched globally in 2020 with two key objectives: to help people transition towards healthier diets and to help reduce the environmental impact of the global food chain. Core commitments within the Future Foods ambition include to halve food waste in Unilever’s direct global operations from factory to shelf by 2025 and through its brands, help consumers to waste less food at home. As a member of the Champions 12.3 coalition, Unilever is dedicated to accelerating progress towards achieving SDG 12.3. The business has also adopted the Champions 12.3 ‘Target–Measure–Act’ approach. 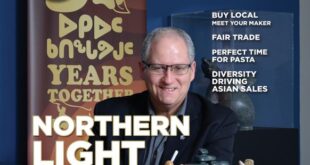 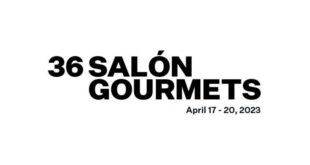 Salon Gourmets increases from 3 to 5 halls 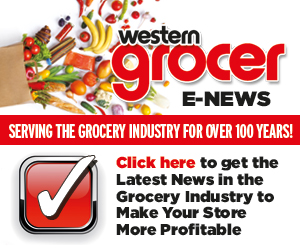