(July 29, 2019 – Toronto, Ontario) The Food Industry Association of Canada will recognize the 2019 recipients of the Golden Pencil Award for career contributions to the industry. The award is the grocery industry’s highest honour and recognizes individuals who have made significant and worthwhile contributions to the Canadian food industry, their respective companies and their community.

For full release and details on this years recipients download PDF here.

Thomas A. Barlow, President and CEO (retired)
Canadian Federation of Independent Grocers
Tom is a seasoned senior leader with 40 years of experience in the consumer goods industry. He has broad business experience including roles in senior leadership, marketing, business transformation and field operations. He spent 36 years in major roles for the Coca Cola company including seven years as President of Coca Cola Enterprises Canada; then as Senior Vice-president North American Sales and Service, Senior Vice-president of Business Transformation, and Senior Vice-president for North America Wholesale and Vending.

In 2013 he was named President and Chief Executive Office of the Canadian Federation of Independent Grocers, which represents over 4,000 independent grocers across Canada. As President he was responsible for all aspects of the organization including advocacy, education, event sales and operations. To read further

His considerable professional accomplishments have earned him the industry’s recognition and numerous prizes and awards, including the Lifetime Achievement Award presented by the Canadian Produce Marketing Association in 2015, as well as the titles of Business Person of the Year (2005), presented by the Quebec Produce Marketing Association, and Produce Person of the Year (2002) in the Canadian produce sector.
​To read further

Cheryl L Smith, General Manager (retired)
Lactalis Parmalat Canada
Cheryl Smith is a proven business leader with 30 years of consumer packaged goods experience. She has extensive background in marketing and sales leadership. She has been an active grocery industry contributor serving as Chair of the Ontario Dairy Council, Board Member of the Grocery Foundation and Kids Help Phone, as well as Member of the Board of Governors for Food & Consumer Products Canada, Grocery Business Advisory Council, Canadian Federation of Independent Grocers Associate Members Council, Women’s Executive Network Wisdom Mentoring Program, Canadian Grocer Star Women Advisory Panel and Marketing Magazine Editorial Advisory Board. Cheryl was recognized as one of Canada’s Top 100 most powerful women in 2012, and a Star Woman of grocery in 2018.
To read further 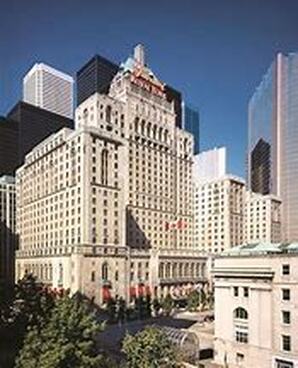 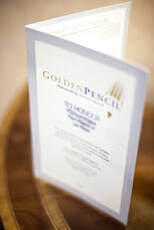 The ideal candidate should be actively involved with the Canadian Grocery Industry for a minimum of 10 years, achieving senior executive status, and will have made significant and worthwhile contributions to the Canadian Food Industry and to their respective companies.